Grounds for divorce in England and Wales, Scotland, and Spain 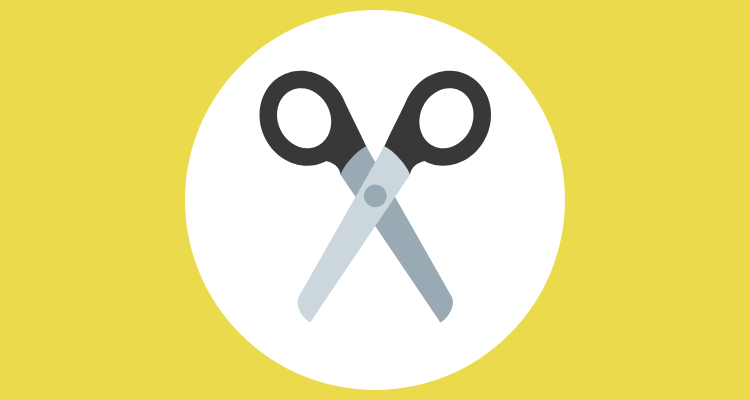 Starting off a new series of posts on Family Law topics, today I look at grounds for divorce in England and Wales, Scotland, and Spain, to learn about similarities and differences. This article provides a general overview of the grounds for divorce in each jurisdiction, followed by a comparison table which will help you remember the key points.

Grounds for divorce in England and Wales

Until April 2022, divorce in England and Wales was governed by the Matrimonial Causes Act 1973. Section 1(1) provides that:

Subject to section 3 below, a petition for divorce could be presented to the court by either party to a marriage on the ground that the marriage has broken down irretrievably. (Emphasis added)

The petitioner had to prove the permanent breakdown of the marriage by satisfying the court of at least one of five available facts, established in section 1(2):

This meant that, even in cases where spouses mutually agreed to the divorce, proof that the marriage had irretrievably broken down (two years’ separation) was still required. Moreover, petitions for divorce could only be presented to the court after a couple had been married for a year.

No-fault divorce was introduced on 6 April 2022, when the Divorce, Dissolution and Separation Act 2020 came into force. This new act, applicable to marriages and civil partnerships, replaced the requirement to give a fact (about behaviour or separation) with a statement of breakdown, abolished the possibility to contest a divorce, and allows joint applications for divorce.

Grounds for divorce in Scotland

Divorce in Scotland is governed by the Divorce (Scotland Act 1976). Section 1(1) provides:

In an action for divorce the court may grant decree of divorce if, but only if, it is established in accordance with the following provisions of this Act that

(a) the marriage has broken down irretrievably or

(b) subject to subsection (3B), an interim gender recognition certificate under the Gender Recognition Act 2004 has, after the date of the marriage, been issued to either party to the marriage.

The pursuer (the Scottish equivalent of the English petitioner) can prove the permanent breakdown of the marriage by satisfying the court of at least one of four available facts:

Moreover, petitions for divorce can only be presented to the court after a couple has been married for a year, except where there is unreasonable behaviour or adultery.

Grounds for divorce in Spain

Irrespective of how a marriage was solemnised, divorced will be granted by the court at the petition of one spouse, both spouses, or one spouse with the consent of the other, provided that the requirements and circumstances established by artículo 81 are met. (My own English translation. Not official.)

The said requirements and circumstances established by artículo 81 Código Civil vary, depending on whether divorce is by mutual consent (consensual) or defended (contencioso):

Divorce will be granted by the court at the petition of both spouses, or one of them with the consent of the other, after at least three months have passed since the marriage took place.

Divorce may be granted not only by the court but also by decree from a court clerk (letrado de la Administración de Justicia) or by notarial instrument to spouses filing for divorce by mutual consent, provided that there are no non-emancipated children or children adjudicated incompetent (Ley 15/2015, de Jurisdicción Voluntaria, which amended artículo 87 Código Civil).

Divorce will be granted by the court at the petition of one spouse, after at least three months have passed since the marriage took place, unless the spouse or their children are at risk.

Unlike the current requirements in Scotland, having to allege grounds for divorce is not required when filing for divorce in Spain, and spouses can file a petition as early as three months after getting married.

Spanish divorce proceedings – whether defended or by mutual consent – are always no-fault, unlike divorces in Scotland. There is no need to prove that a spouse is at fault, and divorce is not seen as a punishment to the spouse at fault. As stated on the explanatory statement (exposición de motivos) of Ley 15/2005, the Spanish divorce system aims to highlight the freedom of spouses during marriage, as living together and the duration of marriage depend on the continuous will of both spouses (Ley 15/2008). Not willing to be married to someone is sufficient cause for filing a petition for divorce. 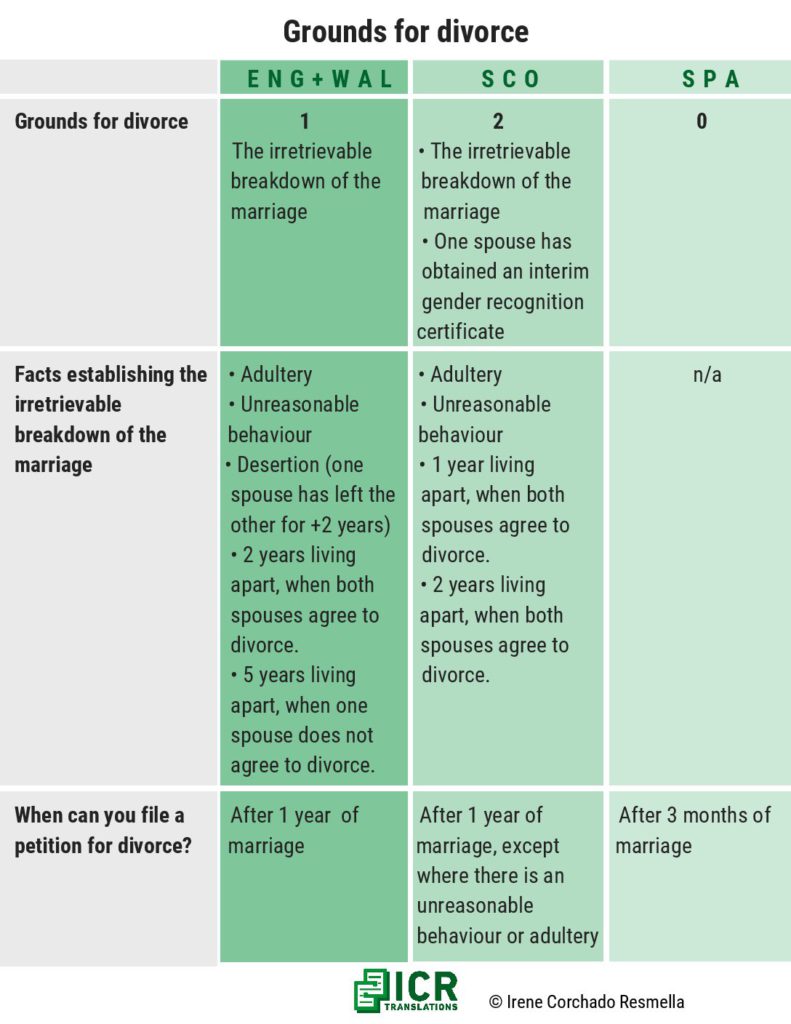 (Please note that the table was created when this article was originally published and before the introduction of no-fault divorce in England and Wales.)