by ICRtranslations | Dec 9, 2019 | Legal words, Working as a translator 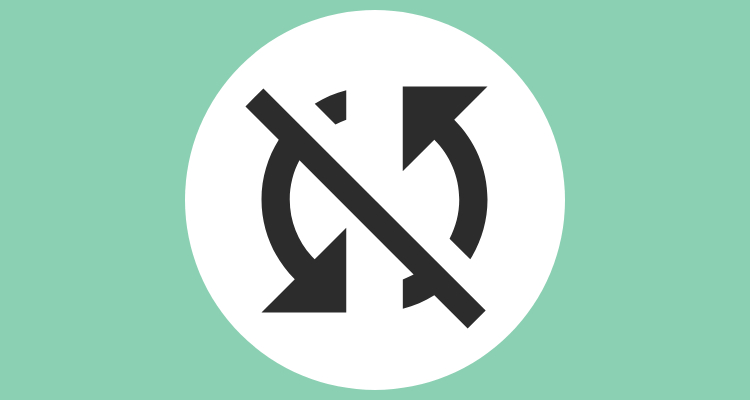 Legal translation is a notoriously challenging specialisation. Translators navigate not only between languages but also between legal systems, which may be very different, and which are always evolving; this requires ongoing CPD from the translator to keep up with the changes in legal concepts and terminology.

Other difficult aspects may include ambiguity, a document not being exclusively legal (e.g. an autopsy report or a patent), and handwritten bits which prove hard to decipher.

To illustrate non-equivalents, I am sharing two examples of English concepts which do not exist in the Spanish legal system:

‘Domicile’, as understood under the law of England and Wales, does not exist in Spanish law. The vague and ambiguous English concept of ‘domicile’ is more attached to someone’s intention to belong to a place than to their actual place of residence. This allows a person to acquire Spanish domicile (under English law) without being a resident in Spain (under Spanish law).

To make things even more difficult, there is the Spanish false friend domicilio, which looks similar but means something different. Domicilio is related to residency and generally means ‘address’. It also appears in many expressions, such as domicilio social (‘registered office’) or domicilio conyugal (‘matrimonial home’).

The closest (but not equivalent) Spanish concept to that of English ‘domicile’ is vecindad civil, which differs from residency. Depending on the Spanish region where a person resides, they will be subject to the Civil Code (derecho civil común) or to a local law (Derecho civil foral o especial).

A trust is a useful and versatile instrument for managing assets for people. Under a trust, assets are held by one person (the ‘trustee’, who is the legal owner) at the request of another (the ‘settlor’) for the benefit of a third party (the ‘beneficiary’). This English legal concept is common in succession and family law but also used in companies law. There are numerous types of trusts, each with its own characteristics and requirements. It is a genuinely complex concept and, as there is no such thing in Spanish law, it is a real challenge for legal translators.

Trusts cannot be created by will under Spanish law and foreign trusts are not recognised (Spain is not a signatory to the Convention of 1 July 1985 on the Law Applicable to Trusts and on their Recognition). Referring to testamentary trusts (created under a will), the Spanish law considers them an uncommon type of fiduciary relationship between several parties and will deem trustees both beneficial and legal owners of the trust assets (while in English, the trustee is the legal owner only). In relation to taxes, a foreign trust is disregarded by the Spanish authorities and treated as belonging to the settlor or the beneficiary.

Translating ‘trust’ is a tricky business. It requires a deep analysis of the term in context to understand which type of trust it is, and thoughtful consideration of the type of document, the purpose of the text, the intended reader and other elements, so as to decide which translation strategy suits best.

Legal professions are good examples of partial equivalents. See the similarities and differences between the professions of notaries and notarios below.

For scrivener notaries (once admitted as general notaries):

National competitive exams made up of four parts

From this point onwards, all information about notaries refers to general notaries only

The Court of Faculties of the Archbishop of Canterbury
The Spanish Ministry of Justice, on behalf of the King.

The Master of the Faculties
The Spanish General Council of Notaries (Consejo General del Notariado), dependent on the Ministry of Justice, is the national regulatory body of notaries.

How many are there?

They need to renew their practising certificates every year (and can do so only if they complied with the rules set by the Master of the Faculties).
No need to renew.

More restricted than that of notarios.

Often seen as a complementary career, as most notaries also practise as solicitors.

A more wide-ranging role than that of ‘notaries’.

Authorised to conduct general legal practice (except litigation), such as conveyancing and probate.

Advising clients on the best legal course to follow to reach their goal.

Certifying what they see and hear as a public record.

Filing and managing the records of the documents they authorise, so they can collaborate with the authorities when required.

Needed when buying a property in the country?

Needed when selling company shares in the country?

Can you get married before one?

Can you get divorced before one?

No
Yes, provided that

Where do they practice?

They can set their own fees.

Fixed fee set by the government. All notarios charge the same amount for their services. They do not compete on price, but on quality.

Notaries can advertise their services and look for clients directly or indirectly using any medium, except unsolicited phone calls.
Their Code of Ethics prohibits any advertising activity to suggest the notario is a member, associate or collaborator of any other business. Notarios cannot offer non-notarial legal consulting services and their website should not redirect to clients’ or other professionals’ websites.

Can they engage in introduction and referral arrangements?

Yes, they can, but they have to comply with a strict set of rules, which are included on sections 5.1-5.3 of the SRA Code of Conduct for Solicitors, RELs and RFLS (link in the sources section below).

No, it is prohibited under their Code of Ethics.

The default retirement age is 65.
They can retire at 65.

Sources used to create the comparison above:

Now some questions spring to mind:

How much of partial equivalents are ‘notary’ and notario?

Can you translate ‘notary’ by notario? If so, in which contexts?

Whether notario is a partial equivalent and a good translation of ‘notary’ will depend on the type of text, the context and the goal of the translation. A thorough analysis will help the translator decide which strategy to choose.

In non-legal contexts where the differences between a notary and a notario are deemed too small to create any issues (e.g. English language teaching materials, film subtitles, a novel), notario could be a perfectly fine translation of ‘notary’.

However, in legal contexts where the role of a notary is relevant (e.g. English notarised documents), notario would not be a partial equivalent, because, as seen above, their roles differ widely. By translating ‘notary’ as notario, the translator would be matching notaries and notarios qualifications, roles, and activities, making the recipient of the translation assume they’re equivalent professions. In this case, a different translation strategy should be used.

3. Fake equivalents: equivalents in general language but not in legal contexts

By ‘fake equivalents’ I am referring to words in different languages with a shared meaning in general language and different meanings in legal contexts.

In general language, both can refer to a medicine or treatment for a disease or a solution to a problem. A ‘home remedy’ is a remedio casero.

In legal language, they mean different things. On one hand, ‘remedy’ is, according to the Black’s Law Dictionary, ‘the means of enforcing a right or preventing or redressing a wrong; legal or equitable relief.’ It could be translated into Spanish as medidas resarcitorias, when not specifying the type of remedy (‘equitable remedy’ does not exist in Spanish). On the other hand, remedio is a legal concept which does not exist in English. It could be translated as ‘reconsideration appeal’, as it is a petition for reconsideration heard by the same court that issued the decision being appealed.

These are legal terms which have a very similar spelling in different languages. You think ‘surely they must be equivalent?’ but then you start researching and find out that, not only they are not equivalents, but they mean something completely different. Or you discover that they can be equivalents but only in certain cases. The job of the translator is to research all possible meanings of both the English and the Spanish terms and decide whether in that particular case, they are equivalent or not, and adopt a strategy accordingly.

Some examples of legal false friends:

‘Jurisdiction’ and jurisdicción. When referring to a geographic area within which political or judicial authority may be exercised, they can be equivalents. However, when ‘jurisdiction’ refers to a court’s power to decide a case, they are not and ‘jurisdiction’ could be translated as competencia.

Here are some examples of expressions including the word ‘legal’ and their Spanish translation.