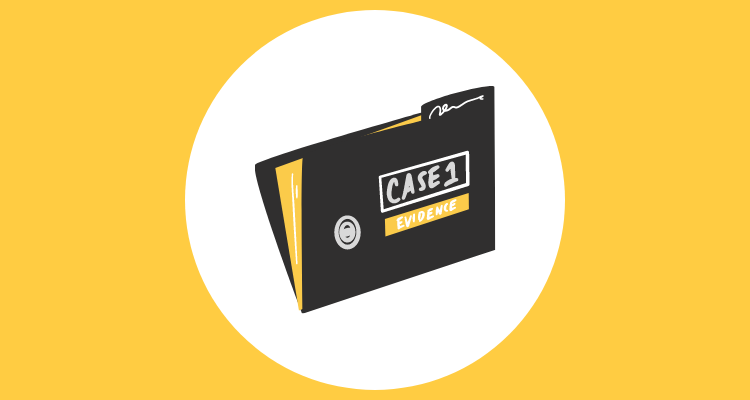 During the four-month course on Scots wills and executries I recently completed, I read about and studied numerous cases. While I did not manage to remember as many cases as I would have liked to, some of them stuck early on. The more unusual the facts or the decision, the easier it was for me to remember a case.

In this short article, I share five of the most curious Scots succession cases I came across.

A testatrix left the residue of her estate in a will to two charities. After formal execution, the will was kept by the solicitors who had prepared it; they later sent the testatrix a typewritten copy of her will. After the death of the testatrix, the copy of her will was found to have the residue clause cut out. She had signed twice on the margin and below the hole she had written ‘As I don’t have money to cover any more I thought it better to cut out what had written’, adding her signature after those words.

It was held that the testatrix had revoked the residue clause in her will and that the residue of the estate was to pass on intestacy.

Mr Harris was not able to contact Mr Harewood. HMRC sought payment from Mr Harris personally, who appealed on the grounds of lacking the funds to pay the inheritance tax. Mr Harris’ appeal was struck out on the grounds that it had no reasonable prospect of success. Transferring assets relying on the beneficiary’s promise to settle the inheritance tax bill and ignoring his obligations as personal representative were held to be no defence.

George Sinclair Kerr died leaving his whole estate (£1,120) to his widow, whom he appointed as his executrix. The will did not include a destination-over. Mr and Mrs Kerr had one child, Margaret. Mrs Kerr renounced her rights under the will and claimed the whole estate under intestacy. Margaret objected that Mr Kerr died intestate and claimed legitim.

As Mr Kerr’s will did not include a destination-over, Mrs Kerr’s renouncing her rights under the will meant the estate was regarded as intestate in terms of section 36(1) of the Succession (Scotland) Act 1964 and Mrs Kerr was entitled to the whole estate under section 9 of the Act.

John Stuart McCaig was an eccentric man known for commissioning a tower (‘McCaig’s Folly’) overlooking the coastal town of Oban. In his will, Mr McCaig left his fortune to set up a charitable trust for the purpose of erecting statues of himself, his parents and his siblings across local prominent places.

In the interests of public policy, to disinherit heirs-at-law testators should provide a beneficial substitute. The Court of Session decided that Mr McCaig’s provisions were merely self-glorification and did not amount to any substantial benefit to any other party. The whole legacy was void.

Mr Riach had his domicile of origin in Scotland. After spending a lot of time abroad during his working career, he and his wife retired to Scotland in 1964. In 1978 they moved to Bournemouth, where his wife later died. Mr Riach died in 1999, also in Bournemouth, having made a will in 1996 which included a declaration that he had Scottish domicile. He had assets in both England and Scotland.

The court held that Mr Riach intended his home in Bournemouth to be his permanent home and that, despite declaring in his will that he had Scottish domicile, he had acquired a domicile of choice in England.