8 differences between English and Spanish wills 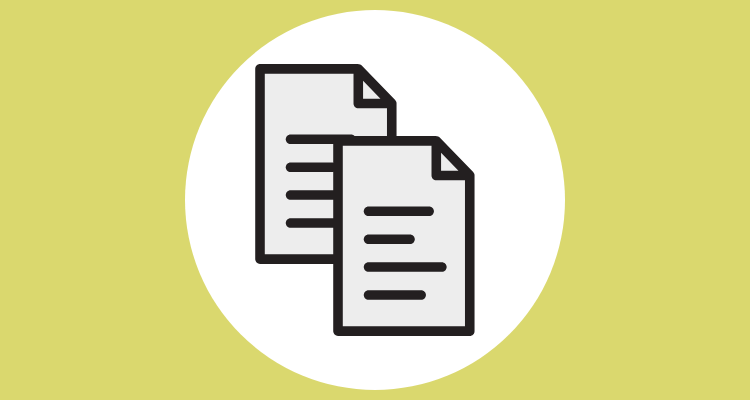 In legal translation, nothing is what it seems; even more so, when translating between languages of countries with very different legal systems. Many English legal concepts do not exist in Spanish law. Others have partial equivalents only. And other concepts are equivalent in general language but are not in a legal context. The job of the legal translator is to decide which translation strategy to apply in each case.

For example, ‘will’ in Spanish is testamento. In both the English and the Spanish systems, it is a document which contains instructions as to how to dispose of one’s assets after one’s death. They are equivalent in general language.

In this article, I am sharing 8 differences between English and Spanish wills which fall into two categories: legal differences (related to the types of wills and how wills are made) and linguistic differences.

Types of wills and formal requirements

1. Minimum age to make a will

English wills: the testator must be at least 18 years old (as per s7 Wills Act 1837) to make a will unless he is entitled to make a privileged will.

Spanish wills: those under 14 years of age cannot make a will (according to s663 of the Spanish Civil Code). Holographic wills, though (wills handwritten by the testator) can only be executed by persons over the age of 18.

Holographic wills are allowed under both legal systems but there are some differences in the way they are executed.

English wills: holographic wills must meet the same formalities requirements than any other will, except privileged wills. Regarding signatures and witnesses, s9 Wills Act 1837 states that

(c) the signature must be made or acknowledged by the testator in the presence of two or more witnesses present at the same time; and

(d) each witness either—

(i) attests and signs the will; or

Therefore, an English handwritten will includes the signature of the testator and two witnesses.

Therefore, a Spanish handwritten will only includes the signature of the testator.

First, let us look at what those three types of wills are.

A joint will is a single will which is executed by two or more persons. It operates as the separate will of each testator and may be revoked or varied by any of them without the other person’s consent.

Mutual wills are those where two or more testators agree on the way to dispose of their property and agree not to revoke the wills (there must be evidence of the said agreement not to revoke). No changes can be made without the other person’s consent and, on the death of the first person to die, the agreement becomes binding on the surviving testator. Mutual wills can be executed as separate wills or as joint wills.

Mirror wills are made in similar or identical terms (e.g. spouses leave everything to each other and then to their children) but, unlike mutual wills, they can be revoked at any time by any of the parties, either before or even after the death of their partner.

In England and Wales, joint wills, mutual wills and mirror wills are allowed.

S669 of the Spanish Civil Code establishes that two or more persons cannot make a joint will, nor can they execute the same will, be it to benefit each other, be it to benefit others. The Spanish Civil Code requires, therefore, each testator to execute a separate will with their own wishes, and joint wills, mutual wills or mirror wills are prohibited.

4. Where are wills kept after execution?

The English law does not require wills to be kept in a specific place but allows testators to use different places and services. For example, testators can keep their will

Spanish wills: the most common type of will is the one made and executed before a Spanish notario (called testamento abierto). The original will, which is signed by the testator, the notario and any witnesses, if applicable, must be kept at the notario’s office. The notario later notifies the existence of the will to the Registro de Últimas Voluntades (Register of Last Wills). The testator cannot keep the original will, but he can receive a simple or notarised copy of it.

5. Use of first/third person

English wills: they are written by the testator and, therefore, using the first-person singular.

E.g. I hereby revoke all former Wills and testamentary dispositions made by me […].)

Spanish wills: they are usually written by a notario, so those parts of the will referring to him are written using the first-person singular.

E.g. [The testator] declares his last will orally, and I put it in writing according to the following provisions:

E.g. I read aloud to the testator the present will in its entirety.

The rest of the will is written using the third-person singular, as it refers to the testator’s wishes.

E.g. […] confirms he understands and agrees with the above-mentioned contents.

While both English and Spanish wills use overly long and complicated sentences, English wills tend to show even a greater lack of punctuation than Spanish wills. For example, a few months ago, I translated into Spanish an English will which included a 26-line long clause with no punctuation marks whatsoever.

English wills: subclauses are introduced either by

Spanish wills: Spanish does not allow using Roman numerals in lists, nor writing a letter (or a number) inside round brackets. Instead, subclauses and paragraphs are introduced either by

You may also like these articles:
© ICR-Translations.com. All rights reserved.

This article is for informational purposes only, does not in any case constitute legal advice and should not be relied upon as such. Any reliance you place on such information is therefore strictly at your own risk. It shall be your own responsibility to ensure that any information available through this website meets your specific requirements. In no event will we be liable for any loss or damage including without limitation, indirect or consequential loss or damage, or any loss or damage whatsoever arising from loss of data or profits arising out of, or in connection with, the use of this website.